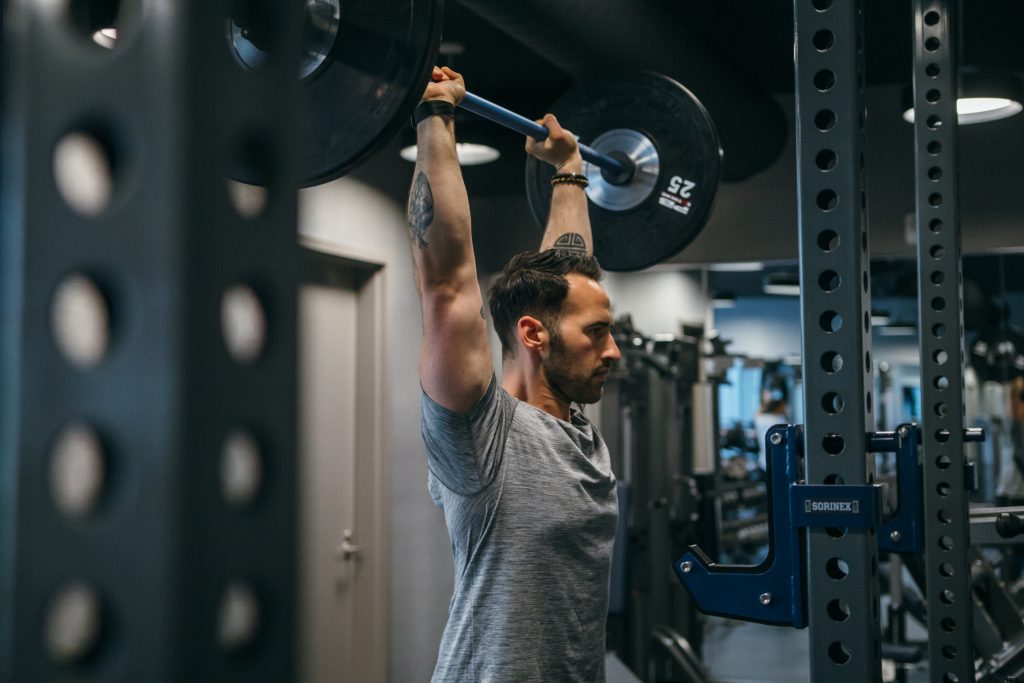 HOMAGE is the vision of Eric Johnson and Ryan Johnson to blend the science of health and fitness with the art of hospitality.

Through a distinctive approach to high-caliber performance training, HOMAGE brings their expertise and experience to the design and management of fitness facilities and provides a proprietary fitness concierge service. The style of their athletic clubs parallels their training philosophy by merging aesthetics with functionality and performance. The two brothers’ work extends beyond the mirrored walls of their athletic clubs and lives in feature films, fields of competitions, and in the daily lives of their beloved clientele. In addition to their star-studded roster of performers, entertainers, and athletes, the dynamic duo has worked on projects with select brands such as Nike,  Men’s Fitness, and FIJI Water.

For the past decade, Eric Johnson has had the pleasure to coach a diverse group of individuals from all walks of life.  Oscar, Grammy, Emmy, and Tony Award winners, billionaire venture capitalists, professional athletes, and social media influencers have all called on Eric to help transform their bodies, enhance their performance, and improve their overall well-being.

After 5 years in New York City, Eric brought his talents to Los Angeles. From there, he was presented with the unique opportunity to coordinate the training and nutrition of an A-list actress on a feature film. That experience brought him overseas where he traveled to New Zealand, Hong Kong, and Scotland. In that time, he was able to visit and train in gyms all across the globe. His film credits include Avengers: Infinity War, Avengers Endgame, Black Widow and Ghost In The Shell.

Eric’s undying passion for fitness, mentorships under industry icons, and numerous certifications allowed him to develop a unique arsenal of tools and methods to achieve any goal desired by his clientele. Now, he makes his return to the city where it all began and reunites with his brother, Ryan. The time has come for Eric and Ryan combine their education, expertise, and experiences under one roof at HOMAGE.

Eric graduated from Sacred Heart University with a degree in Exercise Science. He currently lives in Brooklyn, NY with his wife, Melissa, his son, Jett, and their two rescue pups, Storm and Reign.

You would be hard pressed to find a trainer with a more diverse range of clientele.

Ryan came on to the fitness scene swinging. Before he began working with A-list celebrities and Wall Street tycoons, Ryan was delivering knockouts in his amateur Muay Thai career.

Now, his intense yet intelligent workouts and unique training style are championing the physiques and performance of NYC’s finest.

After years of cultivating his craft through extensive mentorship and continuing education while knee deep in the trenches, Ryan’s next chapter in the fitness world begins.

With HOMAGE, a collaboration with his brother, Eric, the two bring their expertise and experience into the luxury of one’s home.

Ryan currently lives in New York, NY with his wife, Victoria and their dog, Josie.